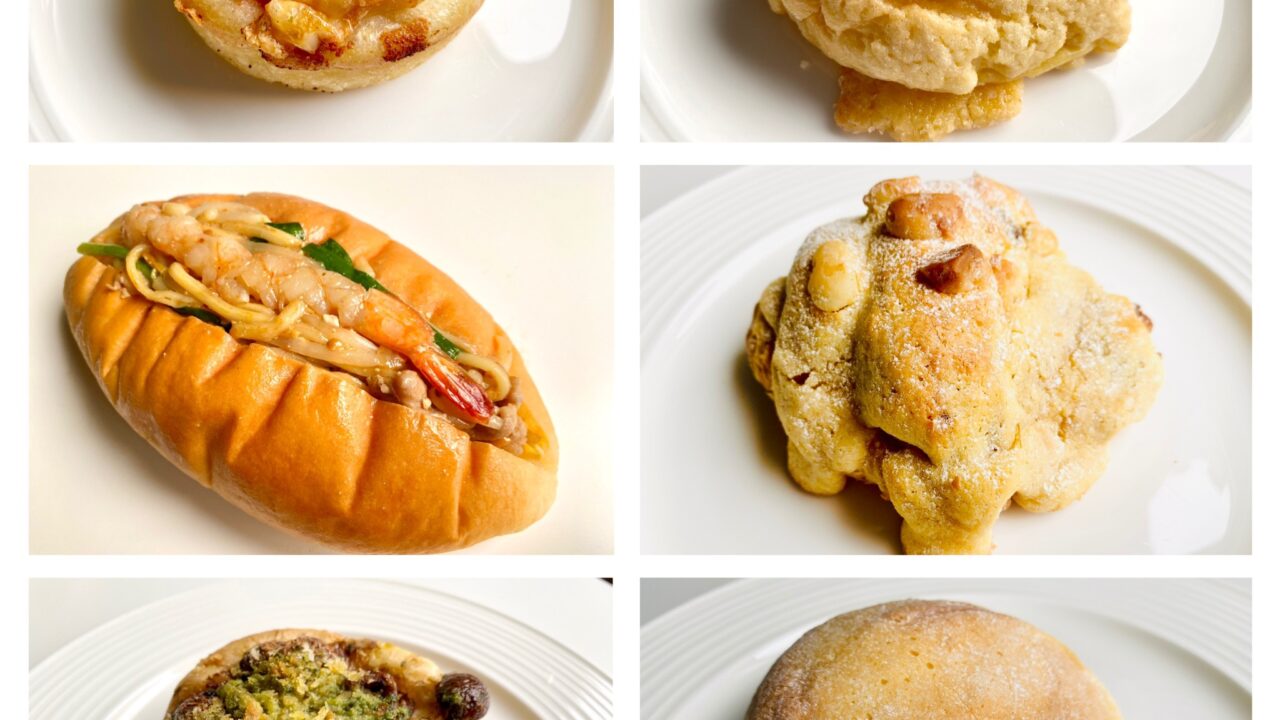 Umeda’s famous and popular bakery “ROUTE271” that I’ve always wanted to visit since I lived in Bangkok.

I thought it would be crowded on Saturdays and Sundays, so I took a day off from the company and went on weekdays (Thursday).

“ROUTE271” is a boulangerie that is so popular in Osaka that even Osaka people who dislike queues want to buy it side by side.

“ROUTE 271”, which opened in Takatsuki City, moved its head office to Umeda, Osaka in 2015, and currently has two stores, Umeda Main Store and Takatsuki.

Look for the sign that says “ROUTE 271 Bread and Sandwich” on the green wall.

Waiting time for this day is 1 hour 30 minutes

I arrived at 10:30 AM, 30 minutes before the store opened, but it was already in line even though it was a weekday. .. But I thought it would be better than Saturday and Sunday.

The popular premium egg sandwich and shrimp chili sandwich (both seem to be limited in quantity) were sold out within 30 minutes of opening, but the bread was baked one after another around 12:00 when I entered the store. I’m glad I could choose various types ^^

I’m just writing the product name and price in a sloppy manner, but let me tell you first.

Everything was ridiculously delicious (； ∀ ；) ♡

Then! I will introduce what I bought!

As I mentioned earlier, all of them were delicious, but I would like to introduce 5 of my favorite breads!

First of all, cream bun .

Whenever I go to a bakery, I always buy cream buns, but this cream bun was the most delicious cream bun I have ever eaten!

The cream was soft and the sweetness was elegant enough to be convinced that it needed refrigeration, and I had the impression that it was like a high-class cake from a department store’s sweets specialty store.

The second is Delizza Limone

It seems that it has been a popular product since the time when the main store was in Takatsuki, but the sweetness that permeates the tired body, the freshness of lemon, and the mellow Danish scent make it a brain-warming spark!

If you eat too much, you can’t eat it … !! !! Though I thought, my brain wasn’t controlled and I ate it in an instant.

The third is Thai-style yakisoba bread

I’ve been in Thailand for about 8 years, and it’s a little different from the taste of authentic Thai fried noodles (Pad Thai).

This is really delicious! !! Maybe sesame oil? It’s a nice accent and the ethnic feel is addictive! Convinced that it is a popular bread!

The fourth is premium croque monsieur

You can enjoy an elegant dinner (dinner rather than lunch!) With this one piece of bread so much that you don’t have to go to a restaurant anymore!

The cheese on the top, the white sauce inside, and the fluffy bread inside the ears are a super match, and it goes well with wine!

Fifth is apple croissant the mand

Following the cream bun, I always buy croissant the mand (there is also a shop called croissant mand), but I like this one so much that I feel sad to write it now.

Why do you feel sad?

The sweetness of damand, the saltiness of croissants, the sweetness and sourness of apples are all in harmony, which is wonderful! If you eat it, you’ll be lucky, right? It was delicious enough to think!

I’m giving it a title like this, but it’s always crowded with people lined up, so it’s gradually vacant from around the evening.

So, if you want to buy various kinds of bread, go to the Takatsuki store instead of the morning or Umeda main store. If you want to buy bread when you go to the store, is it better to go from around 14:00 to the evening? I think.

It’s just this one word. When you eat a bite, your tongue may extend from the bottom of your stomach, and it’s delicious at the whole cell level so that your body wants bread!

I bought 11 kinds of bread this time, but I want to eat other breads as well. .. I would like to introduce it again the next time I go (‘v`) ☆